Swipe to the left

Rise & Shine: Getting the Most From Your Breakfast Offering

Healthy AppetiteAs four out of five Americans will tell you, breakfast remains the most important meal of the day Nielson. In this post we talk convenience, healthfulness and erm, fried chicken as well as providing a few takeaways to help keep your breakfast sales on the rise and shine. 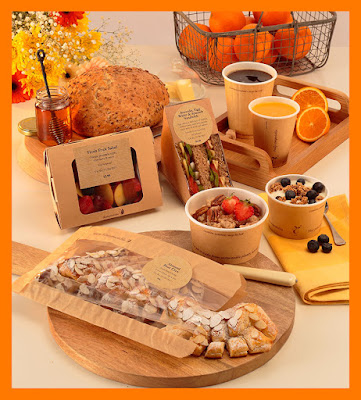 During 2015, we consumed (on average) 361 breakfasts over the course of the year this was the most per person for more than 20 years NPD. The out of home breakfast market is demonstrating a similar boom with half (50%) of us saying we are now ordering our morning meals out more than in the previous year Mintel. In fact 21% of us claim to purchase breakfast at a restaurant, which makes us 31 times more likely to do so than the global average (16%) Nielsen and away from home breakfast sales are predicted to increase faster than the US population NPD.

Why, you may ask, is breakfast moving out of home? Well the answer to this is down to changes in lifestyles, the world we live in… you know, little things like that. We’ve written a whole post on our shifting attitudes to mealtimes (which you can read here) in essence however, speed and convenience are leading the change. Millennials - who are also the most frequent diners-out in general - enjoy the most breakfasts away from home with more than three quarters (76%) stating that they now purchase breakfast out once a week or more. In the same time frame, two thirds (67%) of Generation’s X and Z, 47% of Baby Boomers and just 37% of Traditionalists (that’s half the amount of Millennials) will do the same Technomic. 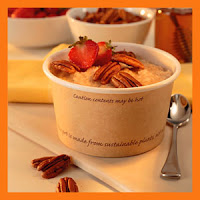 Healthfulness has played a hand in market growth with a third of consumers stating they would be more likely to visit restaurants offering healthy breakfast options Technomic. The breakfast snack market has benefited hugely from this healthier focus magically luring (some) consumers away from the doughnuts and bear claws with fruit, yogurt and granola. This is perhaps most evident in the sales of breakfast bars which have increased their base pricing by 20 cents in four years Nielsen. Meanwhile former at-home breakfast favorite cereal has seen sales plummet (an estimated 17% since 2009 LA Times), the potential for GMO, high-sugar and gluten-based content no longer sitting so well with consumers. No, if it’s a bowled breakfast concept you’re after savory porridge is way more on trend, likewise bibimbap, a Korean rice dish that’s layered with with egg, vegetables / meat and kimchi and dim sum. 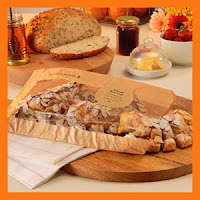 Not everyone wants to start their day with a cereal bar or a bowl of rice and the more treat inclined breakfaster is extremely well catered for. While not exclusive to morning meals, bacon is synonymous with many a morning offering however the price of bacon has recently skyrocketed. What’s more, with a growing number of people choosing to go meat free, many food providers are being forced to switching to more affordable and / or dietary alternatives such as tofu, coconut (yes really) and turkey. Fortunately our much beloved pancakes, waffles and french toast (often partners in crime to bacon) all remain gloriously cost effective. When asked about their breakfast choices out of home, 37% of Americans said they’d ordered pancakes, 26% waffles and 25% french toast within their last ten restaurant visits Technomic. Waffles are also the fastest growing product on children’s menus up 18.5% year on year Technomic. Then we get to doughnuts, 391 million of them eaten in the US every year NBC. Sure, not all doughnuts are eaten for breakfast (at least we can't find any cold hard facts to support this) Canadians eat almost three quarters of their donuts in the morning AGR GC CA and we strongly suspect the States is very similar. On a more savoury tip, fried chicken is poised to become a breakfast menu staple, we’re talking across the States not just in the South! But when 25% of americans like to eat typically lunch or dinner based options for breakfast Technomic then who are we to argue. Equally more than half (54%) of consumers have now adopted an all-day-breakfast kind of thinking tucking into ‘breakfast’ foods 24/7 Technomic . 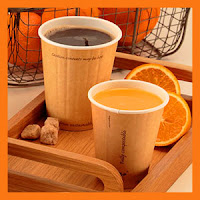 Take Aways:
There are of course endless ways to ‘do breakfast’ (at Tiffany's? Perhaps you’re more Breakfast Club?). Here’s a few takeaways to help the early-bird minded catch the proverbial worm.

Sweet Child of Mine - one in five consumers state availability of a kids menu is key when choosing a restaurant for breakfastTechnomic - and if that includes waffles (see Healthy Appetite above) then all the better!

As Sure as Eggs is Eggs - eggs are one of the most diverse and well liked breakfast ingredients across the board! Popular with children (83% of parents say eggs are an appealing breakfast option for their kids Technomic) and adults alike, in 2016 the average american consumed 5.1 eggs per week Statista. So while we don’t want to tell grandma how to suck eggs, if they are not on your breakfast menu in some form already - omelette to tamago gohan we’re sure as eggs are eggs that they’ll sell.

Wake Up and Smell the Coffee - America is fueled by caffeine and the quality of a hot beverage offering can make or break a business. Leasing a good quality coffee machine - if you don’t want to invest in one long term - will help boost your barista credentials.

Breakfast a Go-Go - 42% of Americans prefer breakfasts that are portable and easy to eat Nielsen so pre-prepare plenty of grab and go items for those customers who don’t like to hang around. Bread makes just about anything transportable therefore sandwiches and wraps - from bagels to burritos (burritos & tacos are having something of a breakfast renaissance) are your new breakfast friends. However, even the most seemingly immobile of offerings can become road ready when paired with the right packaging!